Next
BOOK YOUR ROOM
BOOK NOW

The sponge-diving and rock-climbing island

Kalymnos belongs to the Dodecanese and is located in the southeastern Aegean Sea, between the islands of Kos and Leros.

The island is often referred to as the “Island of the Sponge Divers” and is considered as the center of the Greek sponge-diving industry, an activity that dates back to the Antiquity.

For many centuries, this on-going tradition has shaped the island’s identity and contributed significantly to its financial prosperity and social development, while helping it achieve worldwide fame.

In the last two decades, rock climbing has been gaining traction on the island. It is a relatively new activity, not for the faint-hearted. Kalymnos has built its reputation on the variety and top quality of its rocks and, at present, it is considered as one of the most popular rock-climbing destinations worldwide.

Regardless of your level of expertise in rock climbing, there is always an opportunity for adventure.

It is the ideal site with its tall, rocky cliffs towering over the breathtaking deep blue of the Aegean Sea.

Kantouni Beach Boutique Hotel is the crown jewel of the hotel industry of the island. It is located on the west coast of Kalymnos, at the lively area of Kantouni, and is the ideal choice for travelers seeking seaside holidays.

The area has numerous restaurants, bars and shops within walking distance and is only 5km away from Kalymnos National Airport and 6.5km away from the island’s capital and the harbor.

There are daily and frequent ferryboat connections with Kos Island serving those island-hoppers flying from and to Kos International Airport. 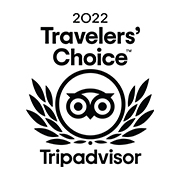 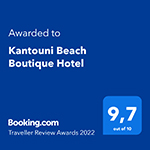